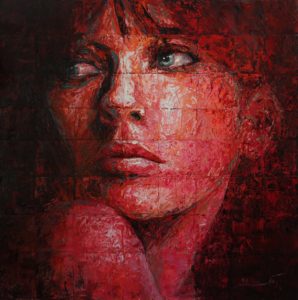 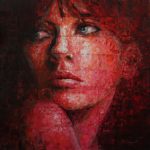 Please Note: Artwork mockups are for illustrative purposes only.

About the Artwork:
Collection: Protest
Inspired by the violent events following 2009 disputed presidential elections in Iran and the massive state-sponsored crackdown on protesters, many people have been killed or arrested and explicit protesting became a dangerous practice. Hekmat tries to silently express his anger and frustration in the Protest series of his work.

About the Artist:
Hekmat Rahmani is a young Iranian artist, mainly enthusiastic about expressive painting and life drawing.

Be the first to review “Protest // Portrait #09” Cancel reply